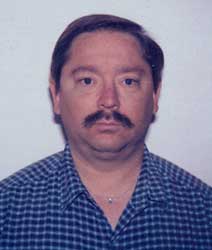 Details are a little sketchy, but it appears Kenneth-Charles Baunee was arrested on May 8th, after one of his vehicle lights went out. He has been sitting in jail for the cause of the Kingdom since that day. He is being housed at the Vista Detention Facility by the San Diego Sheriff's Department. The charges they have listed include Obstruction of a Public Officer, Driver License Supended, Giving Police False Registration, False I.D. to Specific Police Officer, and Giving False Information to a Police Officer.

A secular court appearance is scheduled for June 14th at 8:30 a.m.

Please pray that Kenneth is able to lay his life down in submission to the will of our Heavenly Father and that the hearts of his captors be softened toward the Kingdom of Heaven.