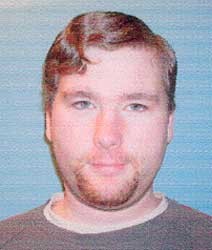 Terry Clifton was arrested for failing to give an agent of the Department of Natural Resources his date of birth while riding in a friend's boat. The agent stopped the boat because a couple of the passengers had their feet in the water. When Terry failed to give the agent his date of birth, he was hauled to jail and charged with refusing to aid an officer in the performance of his duties. The incident took place near LaPorte, Indiana.

In jail,  Terry was asked to give his fingerprints, he told them they were not his to give. "They are not my property, but God's," he said.

He found jail a glorious opportunity to preach the Kingdom of Heaven to an eager audience. Most of his cell block crowded into his cell and inquired about rendering unto Caesar and Romans 13. He also pointed out to them Acts, Chapters, 4, 5, 16, 17 and 21 where the disciples were upsetting the secular authorities who said they were teaching customs that were not lawful for Romans to receive or observe (Acts 16:21) and saying that there is another King, one called Jesus (Acts 17:7).